To celebrate the upcoming release of our new WordPress plugin ForumWP we’re running a giveaway where you can win 1 of 5 free one-year licenses for the ForumWP – Basic Plan (worth $99).

ForumWP is a forum plugin which adds an online forum to your website. With ForumWP you can easily create forums and allow users to create topics and write replies.

Forums are a great way to build and grow an online community and whilst a few forum plugins already exist for WordPress, we felt that we could offer a more modern solution with a beautiful design.

How to enter: There are 4 ways to enter the competition:

Each completed action will give you more entries into the competition increasing your chance of winning.

The giveaway is a way for you to win a free license and for us to get the word out about ForumWP.

If you are one of the five winners we will email you once the competition has finished to let you know you have won.

Even if you don’t win the competition by signing up to our ForumWP mailing list we will still send you a discount code for being an Ultimate Member user.

You can enter the competition using the widget below.

This week we will be releasing two new extensions, making the theme (beta release) available for purchase and making some change to pricing.

The first week of October we will be releasing two new extensions: User Groups and User Photos.

The User Groups extension allows users to create and join groups around shared interests, topics etc. Users can post and have discussions within the groups.

The User photos extension allows users to create and upload photos to their user profile.

The beta release of the theme will also occur in the first week of October. If you purchase the theme during the beta period you will get a 2-year license for the price of a 1-year license.

The extension pass provides the exact same features of the current bundle (access to all premium extensions and unlimited site usage) but the access pass will only require one license key rather than the current system where each extension has a separate license key.

The extensions + theme pass provides access to all premium extensions and our official theme for one single price.

Our prices have not increased for 3 years but to ensure the long-term sustainability of the business and to allow us to grow the team (faster development and support) we will be increasing the prices of our extensions.

Prices for existing extensions will increase by 20% and with the release of the new extensions the pricing for the new access passes will be as follows: 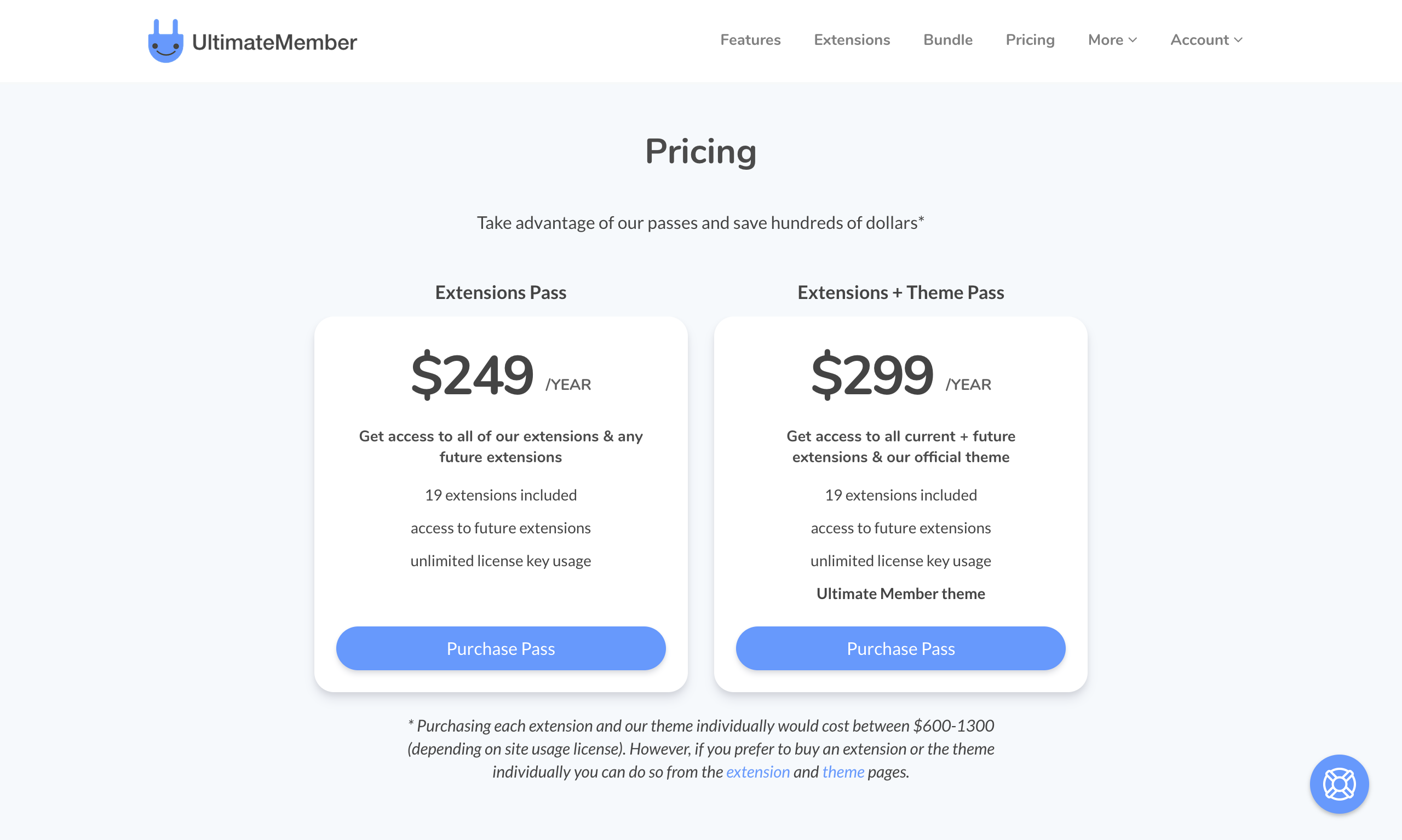 The theme will also be available for purchase individually (starting from $99/year for a single site license).

Whilst we’ve tried to avoid increasing prices for the last few years, it is important that we have the ability to grow the support and development team as every year support increases significantly as more people use the plugin.

These changes are designed to ensure that Ultimate Member is here for the long-term and allows us to provide a better plugin and service in the future.

These changes will occur in October.

For existing customers, you will be grandfathered into the existing pricing. Customers with an active bundle license, you will be moved onto the extensions access pass.

We’ve made our roadmap public

After the release of UM2 which was many months in the making, we are now stepping up development of new features for the plugin and new extensions.

To make it easier for you to see what we’re working on and what’s coming in the future we have created a public roadmap.

The roadmap provides a quick summary of new features that are currently being developed, what we will be developing next and future plans.

Via this page, you can also submit feature suggestions for new functionality you would like to see. So if you have an idea for how Ultimate Member could be made better we would love to hear it!

At the bottom of the page you can see the changelog for the plugin and all the extensions.

We hope you find our roadmap useful and alongside our public revenue-metrics, we aim to be a transparent and open company.

On the 25th of May, new EU privacy rules come into effect called the General Data Protection Regulation (GDPR).

These new regulations have a wide-ranging impact on businesses and websites. If you are an EU based business or have website users who are from the EU you will need to ensure that your site is in compliance with the new regulations.

If you’ve never heard of the GDPR or are not sure about the consequences of the new regulations, we recommend reading the following sources:

On May 17th WordPress 4.9.6 was released which included some GDPR privacy-related features including data export and removal tools, privacy policy page template and cookie opt-in for comments. You can read more about WordPress 4.9.6 here.

To make it easier for your site to comply with the new regulations, we’ve done the following:

Whilst ourselves and other plugin developers are working on making it easier to comply with the GDPR, as the owner of your site, it is your responsibility to ensure that your site is compliant with the regulations.

We suggest doing the following in regards to Ultimate Member plugin:

To comply with the GDPR regulations ourselves we have:

Creating an alternative to BuddyPress

If you’ve ever worked with BuddyPress and have found it to not match your needs and are looking for an alternative then Ultimate Member may just be the plugin for you.

I first stumbled into WordPress whilst attempting to create a professional jobs site for graduates.

When it came to building the site the main things I was looking for was the ability for graduates to create a profile and upload a resume and for employers to be able to search for graduates and privately message graduates they were interested in talking to.

So after setting up hosting and selecting a theme I then started looking for plugins that would enable me to create my site.

This is when I came across BuddyPress and all of the BuddyPress related plugins which added functionality to BuddyPress.

Great I thought! I would be able to use BuddyPress, a few other BuddyPress plugins and WP Job Manager and my site would have all the functionality it needed.

How wrong I was!

The reality quickly turned out to be quite a bit different and as a typical WordPress user I found working with BuddyPress for my site to be more than a little bit challenging.

I’m not bashing BuddyPress or saying it is a bad plugin but rather it was simply not the right plugin to use in the first place.

That’s because I wasn’t trying to create a social network site. I only wanted to use certain aspects of the plugin.

Ultimately I felt like I was trying to fit a square peg into a round hole and gave up with BuddyPress and began looking for an alternative plugin to BuddyPress.

I tried out a few other free and premium plugins but my experiences with them was not particularly great either which is part of the reason the idea for Ultimate Member was born.

When we started out with Ultimate Member the vision was to create a plugin that would be a cross between BuddyPress and more traditional membership plugins.

Or put differently a membership plugin which focuses heavily on the front-end experience for end users whilst at the same time making it extremely easy for WordPress users to use.

The plugin is perfect for anyone who has tried to use BuddyPress but has found it to be more than they need.

Because in all honesty how many people are really trying to create a full-blown social network?

Rather I believe that people are trying their best to work with BuddyPress due to a lack of a viable alternative.

Well I hope that this is no longer the case with the approach we’ve taken with Ultimate Member.

We’ve created a core plugin packed full of flexibility which will enable you to create a wide variety of sites where users sign up from the front-end but kept it lean and not overloaded with features that not everyone needs.

This is where our extensions come into play. With our extensions people can purchase only the features and functionality they need allowing them to create their site just the way they want.

This is mostly to do with the fact our plugin was only launched at the end of January and we have not yet built all of our extensions.

So whilst we may not be a direct alternative to BuddyPress at the moment, in the future you will see this change and you will be able do most of what you can do with BuddyPress by using Ultimate Member and our extensions.

How to display online users on your WordPress site

If you’re looking for a way to let users see which other users are online then you’ll be happy to know that we have created a free extension that will allow you to do just that. 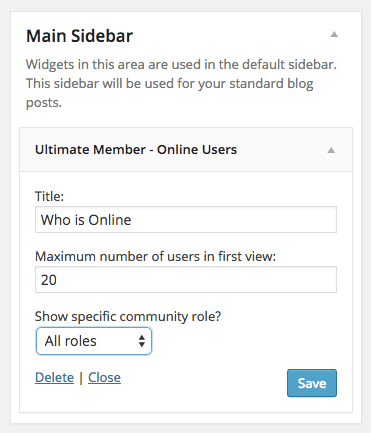 The widget allows you to display all user roles or you can decide to only show one user role in the widget. 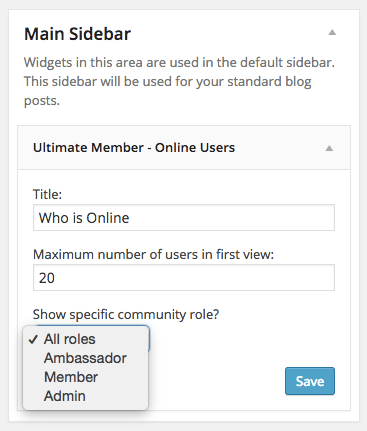 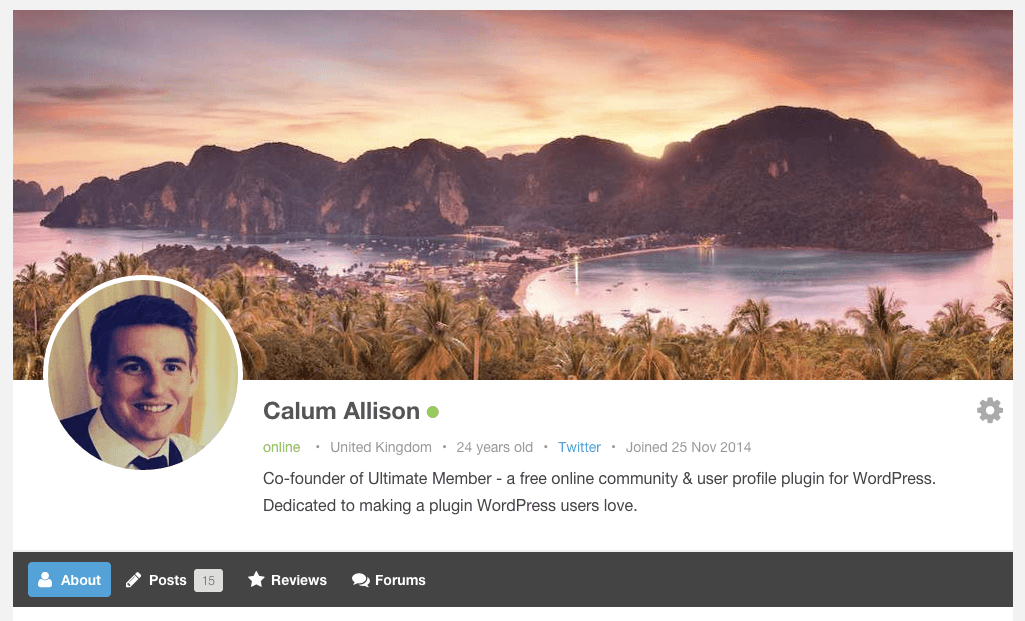 Another important feature of the extension is the privacy controls we’ve added. When activated the extension adds an option to the privacy tab on the user account page that allows users to decide whether they want to be shown as online or not. 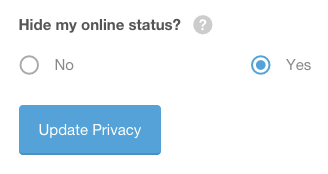 Ready to get started?

Grab one of our access passes today from only $249

You can find out more about which cookies we are using or switch them off in settings.

This website uses cookies so that we can provide you with the best user experience possible. Cookie information is stored in your browser and performs functions such as recognising you when you return to our website and helping our team to understand which sections of the website you find most interesting and useful.

Strictly Necessary Cookie should be enabled at all times so that we can save your preferences for cookie settings.

If you disable this cookie, we will not be able to save your preferences. This means that every time you visit this website you will need to enable or disable cookies again.

This website uses Google Analytics to collect anonymous information such as the number of visitors to the site, and the most popular pages.

Please enable Strictly Necessary Cookies first so that we can save your preferences!